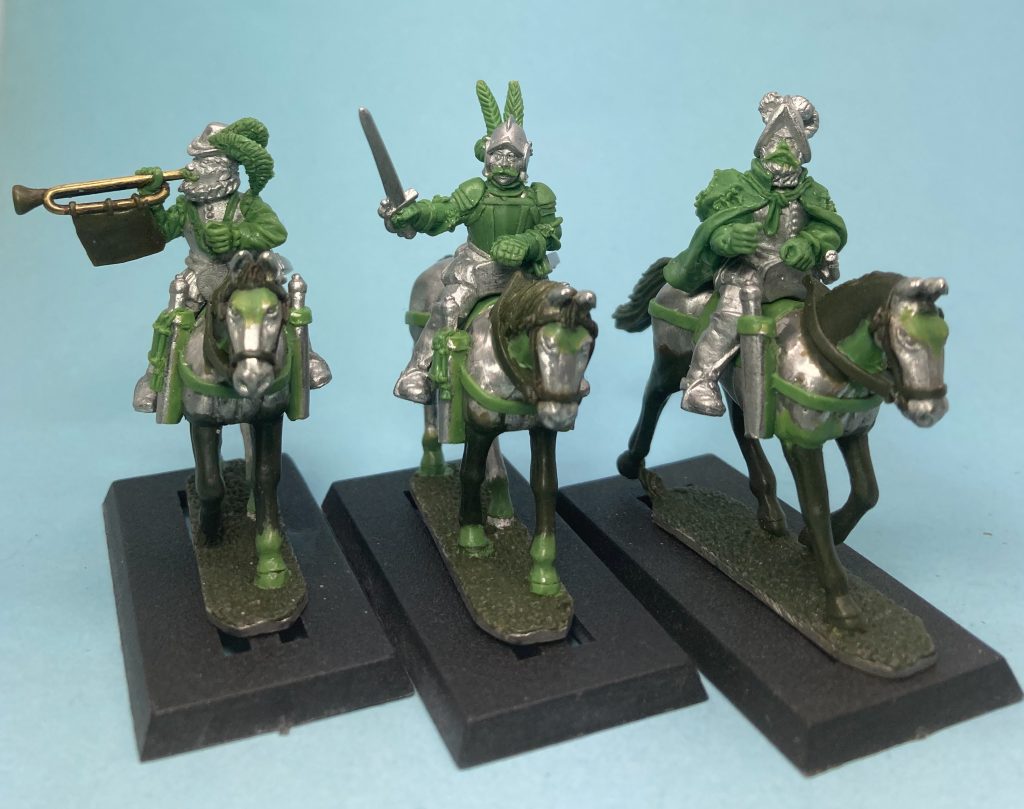 Always a treat to see the work of our master sculptor, Nick Collier, in its original green putty, and metal, form.

These are the ‘Greens’ of the recently released 16thC Reiter, which Mr C. made approximate six months ago, and we’ve only just slotted them into our range.

Reiter were in the later sixteenth century, what the Landsknechts had become in the early. The ultimate mercenary soldier, and the must-have weapon, for most European states.

But… it’s an odd start, and an unlikely rise to dominance.

Intinally Reiter, were a form of charging lancer, very lightly armoured, and armed with spears, & sidearms. At so point in the 1550s, multiple pistols were added, and a new cavalry type was created.

We’ve made 6 new 28mm models, to represent these early reiters, one pack with early pistols, and one pack cast open-handed, to hold spears, or other hand weapons.

Then at some point in the 1560s a change took place, the charging with spears stopped, and the Reiter got armoured, and started firing the pistols in deep, caracoling, formations. It’s this later form, which makes them the dominant type in Europe warfare for a generation.

We’ve made 12 new models to represent the Command groups for both types and the troopers of the later period.

So more pistols here, one Turkish commentator complained that some Reiter were armed, with up to 6 such weapons, which he considered unfair… and hopefully enough models to allow oddly deep formation.

As you may have noticed, we’ve also had 3 new horses modelled, bringing the total to 68 different models, adding a huge amount of variety to our Renaissance gaming.