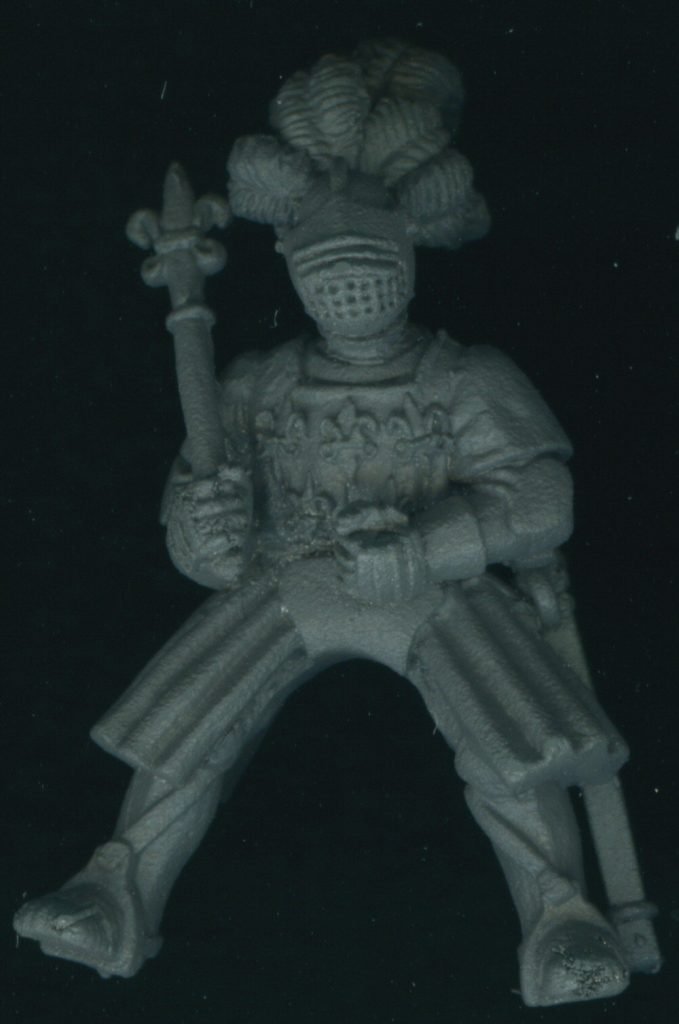 This little release of new minis, is something of a ‘dotting the i’s and crossing the t’s’ exercise, these four new packs on 28mm white metal miniatures virtually complete for our Tudor/Valois mid-16th Century ranges.

To finish our Valois, we have another General of the period to add to our existing High Command models. The General is Anne de Montmorency, a man who rose to the very highest positions at the French Court, becoming Constable of France in the 1530’s, but like many, his Fortunes faded. As an elderly man he stirs himself to Command the Royalist armies of the 1st and 2nd French War of Religion.

The second pack of Valois are a gun crew, because… they need one, French artillery in this period is numerous, and often quite heavy.

Secondly, as I mentioned in the Blog post, whilst Master Moulding, these two new packs of Tudor civilians came from our Kickstarter a few years ago, Nick Collier, the sculptor of all these fine miniatures, was never really happy with the Tudor Crowd models that we made, most of them are not very… err… Tudor… (blush).

So we’ve made up eight new models, with much more accurate Tudor head-gear; short hair for Yeomen, cut for Religious holidays, of which there were many, and all our Women with there hair covered, like good pious women of the Household should be.

Whist finding the mould for the Katzbalger swords for the Royal Swiss Release last year, I came across a small selection of weapons that we had used on the Tudor minis, but that as yet hadn’t made there way on to the Renaissance Weapons section of the shopping cart. I think you’ll find these are an interesting little selection, and welcome additions to our range, who doesn’t NEED more Broadswords, but also in the possess of adding them, I get to write a rude word on the Internet (childish snigger).

OK, as I say, this pretty much rounds-up what we have for the Mid-16th period at present, of course there are one or two more packs we’d like, the details of which can be seen here, but from now on, and for the next couple of years at least, TAG will be concentrating on Late 16th Century mins for the Dutch/Spanish Long War.