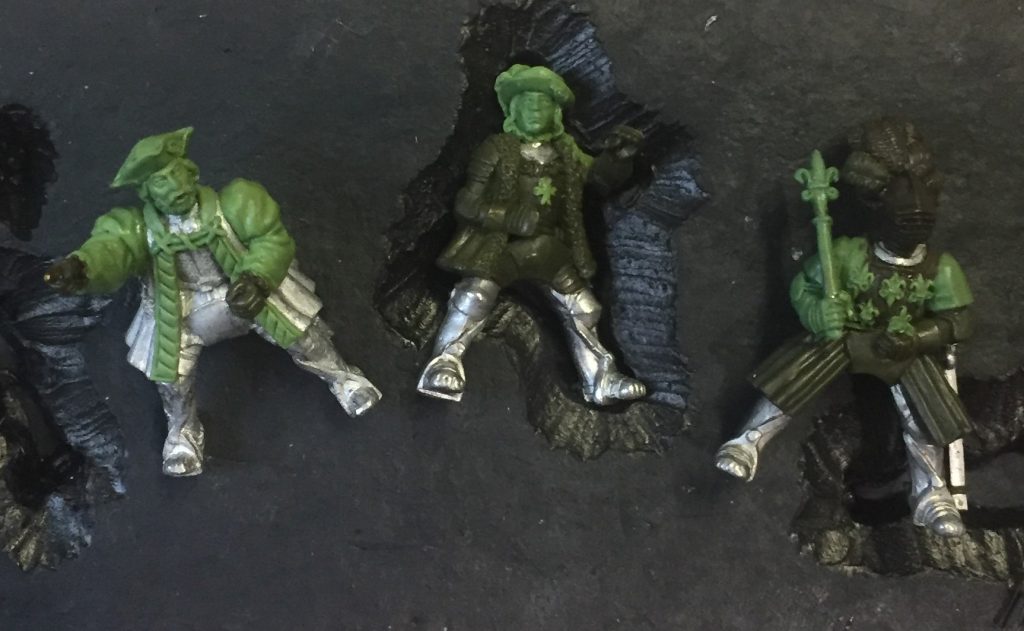 I like it when its quiet, I get to sneak into the office and do ‘stuff’ that really should have been done ages ago, but for various reasons keeps getting pushed to the back of the list of thing To Do.

In this case the job that I should have done, a year or maybe 18 months ago, is release the next few packs in our mid 16thC Tudor/Valois ranges. We are pretty much done for the two armies mentioned, less than 6 packs listed on the Renaissance Wish List, once these few are ready for release.

Firstly; the French Valois get an additional General, to add to the two Commanders we already have, Francis I & Jean Dinteville, this one, also with a girls name is Anne de Montmorency, who I shall be needing to Command my Royal Swiss. Anne is accompanied in this new pack by another Marshall, and Staff.

The Second pack is a pack of Valois artillery crewmen or labourers, so now both Tudors and Valois have their own distinct Ordinance teams.

The second mould shown here contains something of a oddity for the TAG Renaissance range, civilians.

We normally don’t do non-combatants, focusing on ‘Soldiers’, but whilst producing the minis for our Tudor Kickstarter Faces Pledge, we made a few dolls for Tudor civilians, both males and females.

Mostly, the resulting Faces Pledge minis (here, here & here), aren’t ‘very’ Tudor looking, the hair on the men is generally not accurate, and the none of the women have scull caps, which were common in the period for both genders, women in public, and men on Religious holidays, so Nick Collier our sculptor decided he wanted to correct both these issues, and make use of the dolls by adding Tudor Yeomen and Women to our range.

Now the Master Moulds are made, all these new minis, will be released in the next couple of weeks.