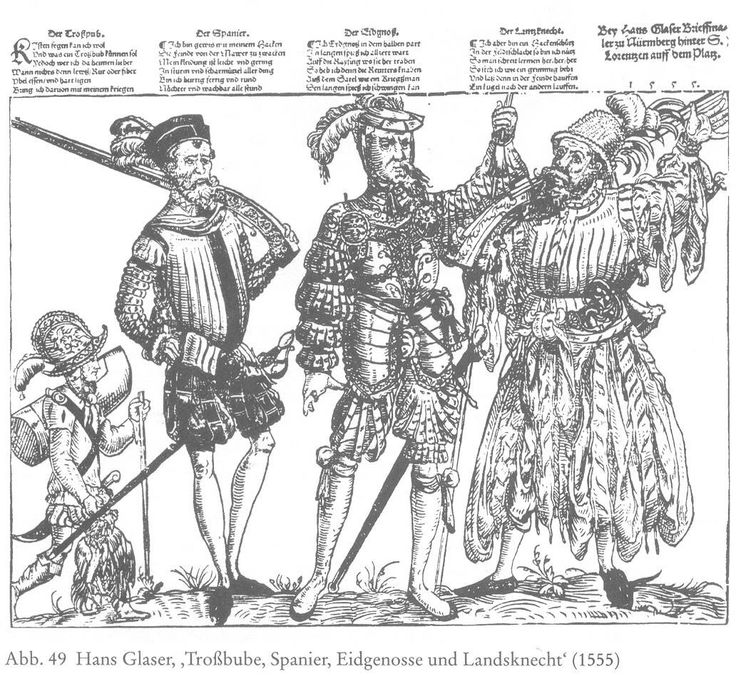 This blog continues from last weeks rabble about the TAG work in progress on the Dutch Rebellion, and the Long War that resulted from it.

In the previous piece I wrote about Dutch and Spanish forces, and out lined our plan to fill out what is necessary to reproduce the period satisfactorily.

But, it is impossible to look at this period of warfare without giving thought to the ultimate mercenary troops of the period, the Landsknechts, whom both sides employed in large numbers though-out the early Rebellion.

Landsknechts of this period looked considerably different to those of the the mid century, and are a world away in appearance from our early Italian Wars miniatures for us to have to consider making another four packs with pike, a couple of command groups and maybe three packs of arquebusiers, to make ‘sleeves’ of shot along the sides of the pike blocks… (9)

But of course Landsknechts are only half the story of German mercenaries in the 16th Century, also used in equally large numbers were the rapacious Reiter.

Reiter, pistol armed horse men, appear at first as a kind of charging melee cavalry in the middle of the 16th Century; initially armed with boar spears and swords, they soon developed in to deep formations firing by rotation, and charging only when an enemy was weakened. We have to make the boar spear miniatures to cover our Tudors for 1544,  who were one of the first to hire this new type of cavalry men, but we will also need at least two other packs with pistols, to represent the later formations, and a command. (4)

Other than this, I would like to say something about the armies of the French Wars of religion, which was running almost concurrently with the Rebellion and the start of the Long War, is intertwined with it. Other than we are fine with our Valois representing both Catholic and Huguenot French forces of the early Civil War period, and our forthcoming Swiss models being good for the French Royal Swiss troops up until about 1589, but we will not be making any specifically ‘French’ troops for the FoW.

All the troop types covered in the French armies are also considered in the Dutch and Spanish ranges, and we would be struggling to interesting characteristics to differentiate between Protestant ‘Dutch*’ in Antwerp, and French Protestants fighting at La Rochelle… Equally our high renaissance styled Spanish should be good for what every remained of the French Royal Catholic armies after 1588…

Opinions in the reply box below very gratefully received.