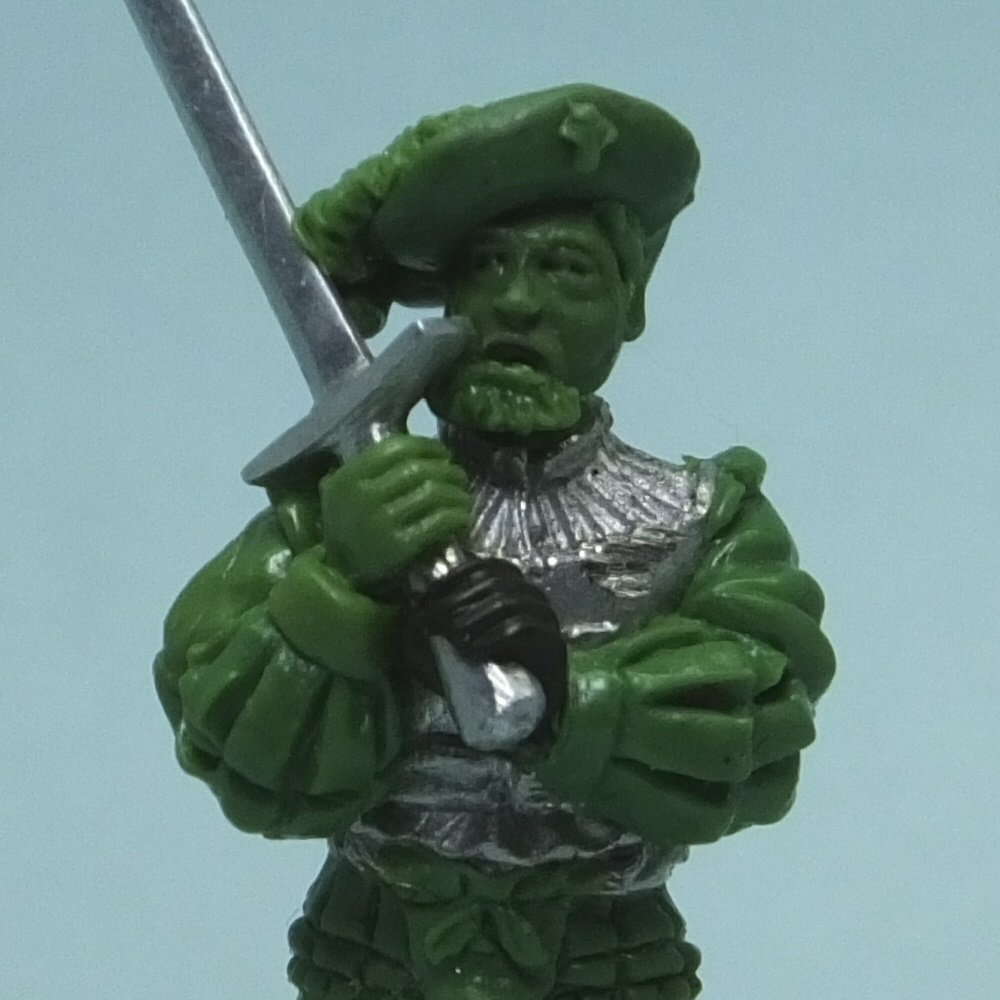 Shown below are the TAG Swiss miniatures for the middle of the 16th Century, roughly the period from 1530’s -1570’s. Throughout this period, the Swiss were employed exclusively by the French Crown as Elite Mercenaries, and fought for them in the Italian Wars.

First on show are our Command groups, 8 excellently sculpted 28mm sized minis; Officers, Musicians and Ensigns, to form the core of these elite fighting blocks.

Swiss, in the late 16thC and into the century beyond, were know to be incredibly well armoured, but our new pikemen are only starting to show this trend, with long Tassets down to the knee, pauldrons and burgonet helmets on a majority of the pike armed minis.

Sixteen new Pikemen (4 packs) in four differing pike angle poses, will give the realistic bristling hedgehog of pikes, that we like.

Throughout the 16th Century the Swiss were known for their ferocious Pike Kiel, but like all infantry formations in the period, they too are in a process of evolution, with a larger proportions of shot troops; with arquebus or caliver, being deployed as ‘sleeves’ alongside the pike formations.

We have three packs (12 different minis) to represent these shot, in three different poses, advancing, firing and loading.

These minis will also be suitable for the early period of the French Wars of Religion, with my guess being that by the spilt in Swiss forces between Royalist and Catholics in the late 1580’s, our miniatures are going to start to look out of period, but up until that point they are about right.

As a matter of interest, these minis are about as close to the ‘Landsknechts’ of popular imagination as TAG will be sculpting. Everybody else in the Wargames Hobby making Landsknechts, makes them suitable for the middle of their style development (approximately 1520 -1550), and these Swiss, traditionally the sworn enemy of the Landsknechts, are superficially similar, with only the cloth slashing, “+’s” instead of “X’s”, and heavier armour, marking them out.

All these brilliant minis were of course sculpted by the very fine Mr Nick Collier.

Minis will go on general sale, though the TAG shopping cart, in late Summer 2017.