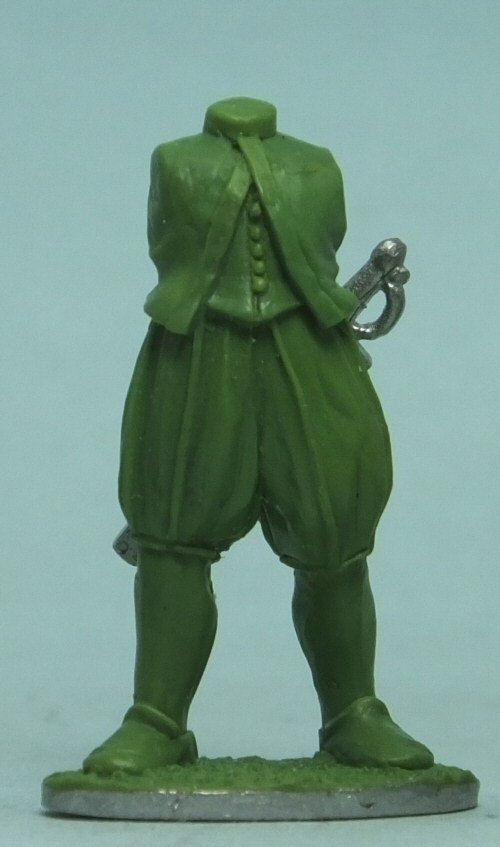 As part of our work on the Long War range of miniatures, I have today been master moulding the Infantry dolls, used for both the Spanish troops, and their Dutch adversaries.

Dolls are used in the pre-production stages of our miniatures to ensure uniformity of scale, and where necessary dress and equipment consistency.

Those shown above have a selection of jerkins and waist coats, and have breeches and stockings.

These WiP models have stuffed over-shorts, and large peas-cod fronts, which can be worked up into breast plates if necessary.

Two of these three have shorts and bare feet, and will be combined with the third to make up packs of ‘Sea Beggars’, early period irregular raiders.

Finally in the mould this afternoon, were more weapons and equipment, swords, muskets, arquebuses and a selection of helmets, some of which Nick Collier is happy with, some others less so… We’ll mould these up and see how they all turn out, and make some decisions when we have them in hand.

The castings from these moulds will go to the Sculptor, Mr Nick Collier, and hopeful will be worked up into finish models.