Dismounted Border Reivers and Horse holders on the Workbench 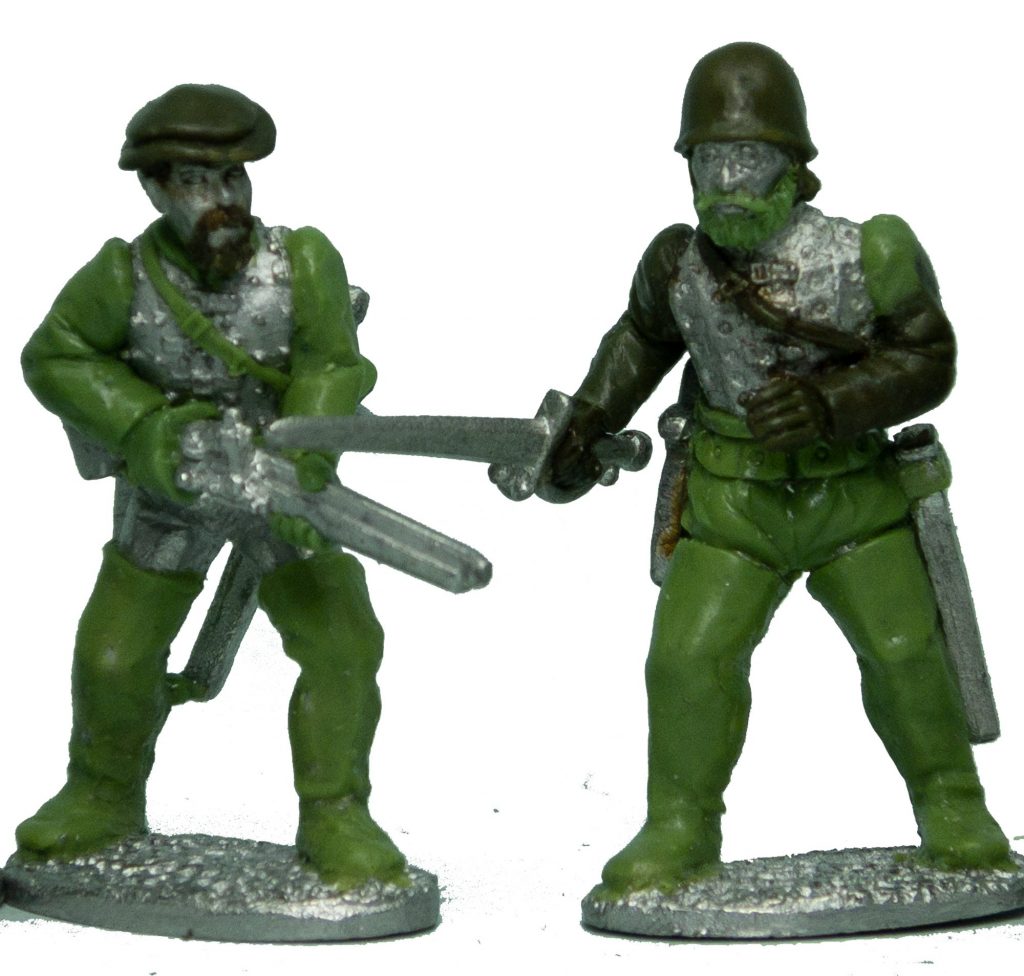 These three new packs of 28mm miniatures sculpted by Nick Collier represent the dismounted horsemen from the disputed margins of the Tudor Kingdom.

They are mostly versions of our mounted Borderers released way-back in 2013.

We’ve given all these minis a ‘mix’ of close combat weapons, and early fire-arms.

Where minis are shown open handed they will be give an interesting ‘mix’ of  halberds, bills or partisans from the selection we already have on sale.

We also have a small selection of round shields & targes, to go with this new studded piece, to add more variety to these models.

In Addition, there will also be a pack of Horse-holders, nominally for our Valois range.

The French were the first to experiment with Dragoons, arquebusiers mounted on poor quality horses. By the Civil Wars of the 1560’s onward, they were common in Huguenot armies.

They would also be useful for Borderers, with a touch of modelling to remove the Fleur-de-lye field signs from the models.

One pack of 3 28mm miniatures, and three ‘nags’ with reigns down, like so…

All these news Models will be available, through the TAG Online Cart, at the end of April 2019.