The Renaissance is a hugely interesting and colourful period to wargame, but as an outsider or beginner, it can be a somewhat dazzlingly and confusing era in which to dabble.

Also many Gamers like to purchase small quantities of minis, to test their ability to paint the models successfully.

Which is DBA-RRR (Renaissance, Reformation and Restoration) Starter Armies come in, based on a variant of the veteran rule set DBA, the game uses very small numbers of miniatures to enact battles of the period, 1500 -1700. DBA-RRR, which can be read  here, pits tiny numbers of scale minis, never more than 48, in games that seldom last more than 30 minutes or so.

The Rules, adapted by Tony Aguilar, come with a full set of Army List, covering; the Italian Wars, the Turkish Wars and the Reformation in Book I, and the Northern Wars (Russia/Poland/Sweden), the Thirty Years War and the British Civil Wars, in Book II, so gamers can pick a period that suits their taste, and start small.

This is the full list of the Armies we have for the rules;

Plenty to choose from, and to incentivize you, to get you up and playing for the next 7 days (until 3rd February 2018), all Renaissance Starter Armies are, Buy One Get One Half Price!

Use this phrase ‘ Buy One Get One Half Price Starter Armies ‘ at the Check Out of the Online cart, and get a whopping £32 discounted from your Order. FREE SHIPPING WORLD WIDE too. 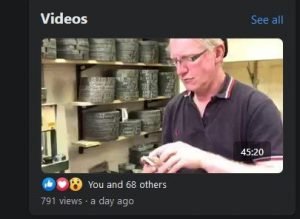 Scroll back to top Do NOT follow this link or you will be banned from the site!