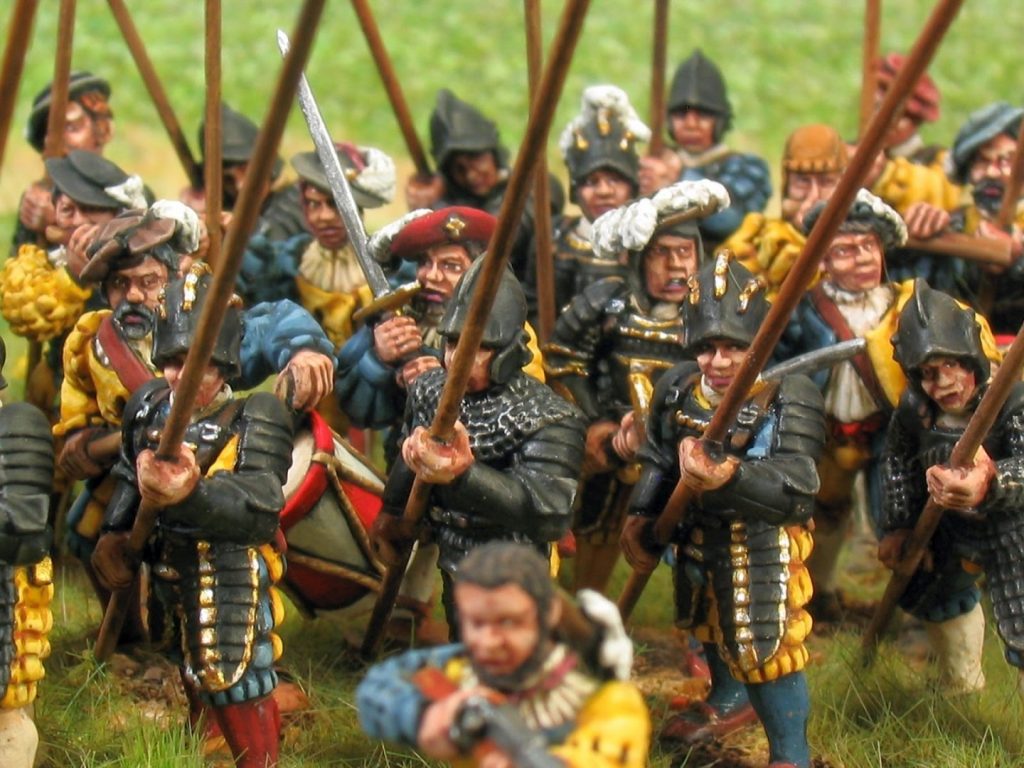 Prompted by conversation on our Social Media Page, here is a rough guide to what we envisage will be our release plans for 2019 and beyond.

Primarily, our ‘New’ range will be our Imperial Spanish.

We have 10 packs, about 40 new miniatures, planned for Release in Mid-Summer.

Expect; Pikemen, Arquebusier, Musketeers & Command, for the period from the late 1560’s and the end of the 16th Century, the period of the great Tercios, and the height Spanish Imperial power in Europe.

One of our watchwords whilst working on the Renaissance range has been, Completeness.

We know that it matters to be able to tick all those boxes in the Army List, and fill-out your forces to their historical maximums.

But… we’re only human , and sometime we miss stuff out.

So, this year, we will make maximum effort to ‘Complete’ on half-a-dozen armies that need one or two packs, just to dot the I’s and cross the T’s.

In November we will Release 7 packs of new minis from the ‘To-Do’ list. (see below)

These will include, Generals for Muscovite Russians & Tatars, long missing from their Ranges, and in the Italian Wars, Italian & Spanish High Command too.

There will also be a pack of German, TYW Swordsman, an Italian Gun crew, and a pack of Tatars with firearms, to round off these lines.

This Spring, we will finish our Tudor & Valois lines, with 3 packs of dismounted Boarderers, to match our currently available mounted versions, and a pack of Valois horse-holders, which may also be useful for the Boarderers.

This year should see us FINISH 7 Nations, completely!

Two more years work, at the rate we are progressing, to finish everything we’ve started.

If you’d like to see the whole of the planned Range,

Ok, hopefully that gives you an idea of where we will be this year, and our direction in the following couple.

If you have questions, feel free to ask.