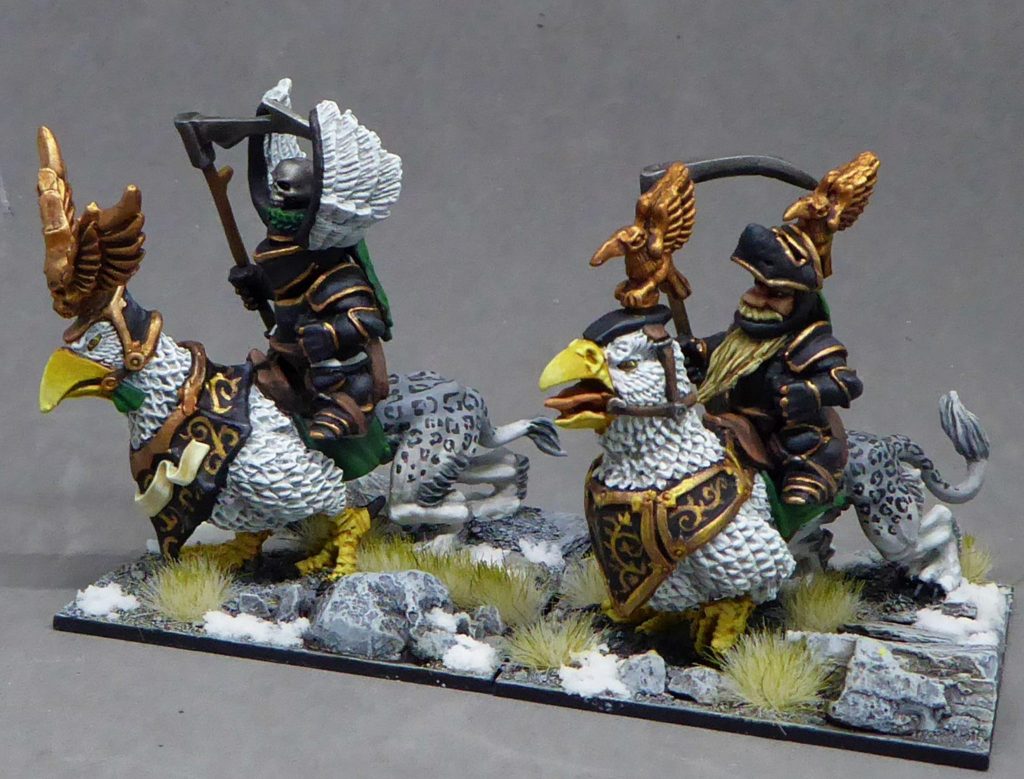 Added to our Dwarf Empire range of white metal miniatures today are the long awaited Land Griffon mounts for our dwarf Knightly Orders.

These Land Griffons are a much more serious mounts. Mixing fearsome bird beaks and claws, with the hind quarters of huge wild cats.

ABOUT THE LAND GRIFFONS

There are four variants of these fabulous beasts to mount our Dwarves on. We’ll add them randomly to the 13 codes of minis, making sure that no two similar mounts go together in the packs.

We’ve chosen to paint ours as Leib Knights, on Snowy Owls/Snow leopards, but there are also Imperial knight and Boar knight regalia for the models.

The Knights are taken from our existing Dwarf Empire range.

Once again there is a huge variety of modeling possibilities, with four basic body types;

The three Knightly Orders; Imperial, Leib and Boar Knights, have five different heads and shields each…

…and are armed with two variants of lances for each of the Orders, or scythes or morningstars for Leib and Boars respectively.

There are also three Command groups representing the various Orders.

These packs retail at £20

Thanks for reading this far down the scroll, here is the payback.

We’re quite glad that we don’t have to push all these tricky pack choices through the ‘somewhat clunky’ Kickstarter system as we have done for the last few releases.

This also saves us money… and we can pass that saving on to you… so for a 10% discount on these products, use the DISCOUNT CODE given below before the end of the month (31/03/2018)